To share your memory on the wall of Wanda Ruth Abston Derr , sign in using one of the following options:

Print
Wanda Ruth Abston Derr died peacefully in her sleep on December 13, 2020, following a stroke and a long battle with dementia.

She was born in Rayland, Texas on May 3, 1929, the youngest of nine children born to B. P. and Almesta Abston.... Read More
Wanda Ruth Abston Derr died peacefully in her sleep on December 13, 2020, following a stroke and a long battle with dementia.

She was born in Rayland, Texas on May 3, 1929, the youngest of nine children born to B. P. and Almesta Abston. She was preceded in death by her husband Walker W. Derr, her parents, and all of her siblings and in-laws. She was the last surviving family member of her generation.

She is survived by her children Burt Derr and wife Jolie of University Park, Bruce Derr of Fort Worth, Mark Derr and wife Trina of Weatherford, and Donna LaRue and husband Jim of Round Rock; grandchildren Jessica Nguyen of Pittsburgh, PA, Sara Sexton of Licking, MO, Lily Derr and Isabelle Derr of University Park, Sasha Derr and Juliette Derr of Paris, France, and Walker LaRue of Round Rock; and great-grandchildren Matthew Nguyen and Genevieve Nguyen of Pittsburgh, PA, and numerous nieces and nephews across the country.

Wanda grew up working on the family cotton farm. After graduating as valedictorian of her high school class, she attended Abilene Christian College for two years before returning home to work at the Herring National Bank in Vernon, Tx. She met Walker Derr through mutual friends and they were married on July 3, 1953. After moving several times early in their marriage, they settled in Irving, Texas in 1957.

Once in Irving, Wanda devoted herself to her family, her husbands career, her community, and her church. She was a Lifetime member of the Parent-Teacher Association, having served in the PTA from 1960 to 1985 in the Irving ISD. A wonderful cook and hostess, her house was always open for small group dinners, parties, and gatherings of the youth group of the South Delaware/South MacArthur Church of Christ, where she also taught the 3 year old Bible class for several years. Her New Years Eve parties were the highlight of the season. She and Walker also served in the church’s visitation ministry. She was a gifted quilter and seamstress, and she could type faster than you could dictate.

She was very supportive of her husband as he started his own business, Suburban Insurance Agency in Irving, which the two of them built into a very successful venture. That success allowed them to travel extensively, entertain often, and eventually build a second home in Gunnison, Colorado. Over the years, they hosted hundreds of friends and family to their mountain retreat, before finally retiring to Tyler, Texas. Once in Tyler, they were active members of the Glenwood Church of Christ and the Meadow Lakes retirement community until Walker’s death in 2013.

In 2014, she moved to North Richland Hills and then to Weatherford to live with family. She lived out her final days in peace and comfort, always ready to go home to be with Walker.

Due to current COVID restrictions, there will be no visitation, and only a small, private, family graveside service at the DFW National Cemetery, where she will be laid to rest with Walker. In lieu of flowers, the family requests donations to Christ’s Haven Children’s Home in Keller, TX or to St. Jude Children’s Research Hospital in Memphis, TN.
Read Less

There are no events scheduled. You can still show your support by sending flowers directly to the family, or planting a memorial tree in memory of Wanda Ruth Abston Derr .
Plant a Tree

We encourage you to share your most beloved memories of Wanda Ruth Abston Derr here, so that the family and other loved ones can always see it. You can upload cherished photographs, or share your favorite stories, and can even comment on those shared by others. 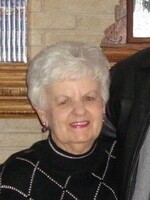 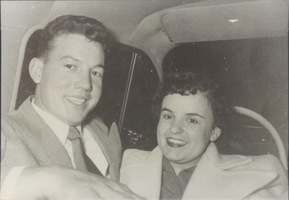 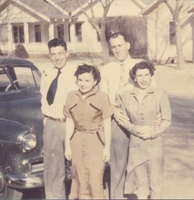 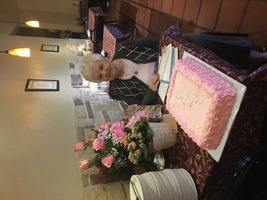