To share your memory on the wall of Henry Foster, sign in using one of the following options:

Print
Henry David Foster, Sr. entered into the presence of his Savior December 19, 2020, just a few short hours of what would have been the 58th anniversary of his and the love of his life, Margaret.
He was born March 26, 1934 in Mora Louisiana, the... Read More
Henry David Foster, Sr. entered into the presence of his Savior December 19, 2020, just a few short hours of what would have been the 58th anniversary of his and the love of his life, Margaret.
He was born March 26, 1934 in Mora Louisiana, the oldest of Samuel and Gertrude Foster's 5 children. He attended Kisatchie High School where he loved and played basketball.
Click here to view
some interesting history about his old high school from a "bygone area....a piece of rural culture, and a remnant of days gone by. It tells of how the tight-knit rural community of Kisatchie joined together in force in the 1920s..... citizens of all ages and incomes contributing however they could to make the homemade bricks with which to build the building."
Daughter, Margie tells how, "daddy was a proud country boy and often spoke of his high school days and his best friend Wilbur Booty. Dad's graduating class was only 11 people. They were all the best of friends. In the last years and especially the weeks preceding his death when he was still talking, Alzheimer's had not yet robbed him of those memories."
He graduated in 1952 and for Henry, who grew up very poor monetarily but very rich in love, a big family, including 17 aunts and uncles just from his mother's family and his very devoted mother of whom was very cherished by Henry and his siblings. Life was just beginning for 18 year old Henry and now it was his turn to give back to the mother who raised her children without the help of the husband that left for good when Henry was 6 and youngest Jettye was just an infant. He immediately got a job, soon after got a bank loan and with the help of family they began this gift of love and honor to build a house for his mother and younger siblings. "Dad's happiest accomplishment was making sure his mother had a house with floors and windows."
Henry met the love of his life in September 1962 and 3 months later they were married. Everyone that knows Henry and Margaret know they loved each other profoundly. They were very affectionate with one another, kissing often, always holding hands and never parting or going to sleep without saying, I love you. "My fondest memories of mom and dad are how affectionate they were with each other, both in the endearing names they called and referred to one another and how every time they passed each other they had to hug, kiss and say I love you. They valued time with each other and family."
Henry was also known for his great sense of humor. He loved making people laugh with jokes, funny stories and silly faces. He always had a smile on his face with a generous heart, who never met a stranger. No one loved playing cards and dominoes more than Henry, and at every family gathering, much coffee was drank and games were played in to the wee hours of the morning. His favorite people were children. Nothing made his heart smile like chubby babies and laughing children. Convincing them their name was George or that they could have the quarter from his hand if they could get it out are just some of the funny memories everyone one of his grandchildren remember of him fondly.
"Daddy was a believer in the Lord Jesus Christ as his Savior. He was a faithful southern Baptist, a Sunday school teacher and deacon in his church until health became a limitation. He would often be found sitting in his recliner listening to the bluegrass gospel music he loved so well and is later years that music often was a preacher and encourager to his soul. Those are some of the very things that watching kids learn more about a relationship with God. We were at church every time the doors were open and then some. We were the kids who had to be at church 2 hours before and long after because mom and dad were always involved in leadership. My best memories revolve around our church family and it set the foundation for preparing my heart to know and love God. My parents were integral in my relationship with the Lord and I know without a shadow of doubt that my love for God and His amazing Word is because I have the greatest, most faithful parents!"
Henry was preceded in death by the love of his life, Margaret Foster by 2 months and 1 day, his parents, brothers James and Billy, daughter Sherry Foster, step daughter, Gloria Vercher and step son in law Willie Powell.
Left to cherish his memory are his children: the oldest with the honor of bearing his name, Henry "David" Foster, Jr. and wife Shirley, daughter and "daddy's girl" Margie Medford and husband David, "baby boy" Grady Foster and wife Renee. Step daughter Linda Powell, step son Roger Bynog and wife Barbara. Grandchildren: Tim Powell, Mechelle Powell, Terry Powell, Michael Foster, Kristin Montenegro, Joey Vercher, Roger Bynog, Jr., Crystal Gilleland, Amber Grady, David R. Medford, Michael Medford, Sharon Lively, Nathan Medford, Spencer Foster, Miranda Brantley and Blake Foster; 33 great-great grandchildren, brother Bobby Foster, sister Jettye Cupples and husband Tom, as well as numerous extended family and loving friends.

A family visitation will be held at the Brown’s Memorial Funeral Home, 707 N. MacArthur Blvd. on Tuesday, December 29, 2020, please note attendees for the services at Brown's Memorial Funeral Home are by invite only due to Covid limitations. Please RSVP in the services section below, and clicking the blue RSVP button and completing the request. A confirmation email will be sent to the email you provided.

CLICK HERE TO VIEW A VIDEO OF THE SERVICE

A public graveside committal will be held at 1:30 pm, Tuesday, December 29, 2020 at Oak Grove Memorial Gardens, 1413 E. Irving Blvd. The family request memorial donations to The Fisher Center for Alzheimer's Research Foundation in Henry’s memory donation can be made by clicking here
Read Less

To send flowers to the family or plant a tree in memory of Henry Foster, please visit our Heartfelt Sympathies Store.

Receive notifications about information and event scheduling for Henry

We encourage you to share your most beloved memories of Henry here, so that the family and other loved ones can always see it. You can upload cherished photographs, or share your favorite stories, and can even comment on those shared by others.

ICR Family sent flowers to the family of Henry Foster.
Show you care by sending flowers

Guaranteed hand delivery by a local florist
IF

Posted Dec 23, 2020 at 09:30am
With heartfelt condolences, our thoughts and prayers are with the Foster family from the TAC family.

Flowers were purchased for the family of Henry Foster. Send Flowers 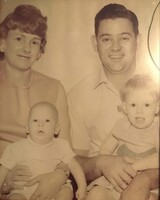 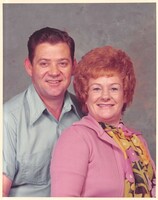 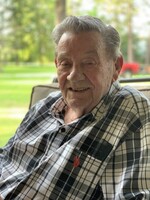 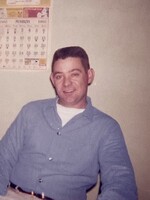