To share your memory on the wall of Marjorie Belle Ecklin Simpson Garey, sign in using one of the following options:

Provide comfort for the family of Marjorie Belle Ecklin Simpson Garey with a meaningful gesture of sympathy.

We encourage you to share your most beloved memories of Marjorie Belle Ecklin Simpson here, so that the family and other loved ones can always see it. You can upload cherished photographs, or share your favorite stories, and can even comment on those shared by others.

Phillip Taglavore, Butch and Connie Garey, and others have sent flowers to the family of Marjorie Belle Ecklin Simpson Garey (Ecklin).
Show you care by sending flowers

Posted Aug 28, 2019 at 01:47pm
Please accept our most heartfelt sympathies for your lossour thoughts are with you and your family during this difficult time.

Posted Aug 27, 2019 at 11:10pm
We pray the love of God embraces you during your journey through grief. Our thoughts and prayers are with you!

Posted Aug 27, 2019 at 08:17am
In Loving Memory of Aunt Marjorie from Kelly, Steve, Scott and Barbara Simpson and their families 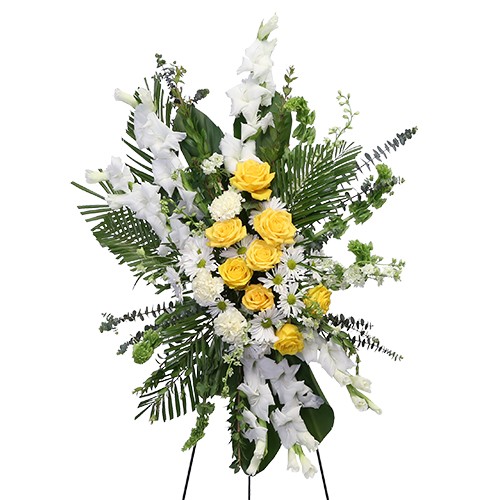 Posted Aug 25, 2019 at 08:31pm
I write these words of comfort in behalf of myself, and also my dear friend Bettye Jennings, who loved being a "neighbor" a couple doors down from Marjorie at West Fork Retirement center. Because I have visited Bettye several times weekly since her move to this center, I soon met her sweet neighbor Marjorie. Marjorie was a sweetheart, often asking about others' welfare there or about Bettye herself. She had a ready and kind smile. She expressed a genuine faith that she wanted to live by, and did. She will be greatly missed by Bettye and the many other "neighbors" at West Fork. God bless you always, Marjorie.
Comment Share
Share via: