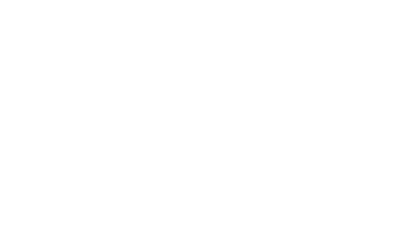 To share your memory on the wall of Barbara Winchester, sign in using one of the following options:

Receive notifications about information and event scheduling for Barbara

There are no events scheduled. You can still show your support by sending flowers directly to the family, or planting a memorial tree in memory of Barbara Ann Winchester (Metzger).
Plant a Tree

We encourage you to share your most beloved memories of Barbara here, so that the family and other loved ones can always see it. You can upload cherished photographs, or share your favorite stories, and can even comment on those shared by others.

Posted Sep 01, 2020 at 01:23am
I loved your mother. Sat behind her in church for a number of years . She was kind, loving, and had a great sense of humor!
Comment Share
Share via:
B

I remember you and we loved you and your family! Mom had a quick decline which is merciful in away but so sad in another way. She was a smart, beautiful woman who loved her church and all her friends. God bless you and your family-Bobbi
MG

Posted Aug 30, 2020 at 06:09pm
I always enjoyed your mom's warm greeting and smile. I knew her at PPUMC and more when she 'joined' our Blessed Sisters group during her breast cancer experience. She was a fun and sharp lady, still more impressive than i realized after reading her fine obituary. i know she will be missed by many. God bless. marty graham
Comment Share
Share via:
BS

Thank you Marty, mom was a really interesting and fun person and the Blessed Sisters meant alot to her. I went with her a few times and she loved the great mix of women. Please give everyone a big hug from mom and I
B

Posted Aug 29, 2020 at 06:01pm
I just loved Barbara she was a Sweet heart. She would also let you know what was on her mind. She was beautiful inside and out. She touched quite a few lives in the time I knew her. Bobbi and Barbara has became family to me. I'm going to miss her and her warm smile. Her voice as I would speak to her when coming into the community, " Hey kiddo!"

My prayers are with the family, that the Lord my give you peace, strength and comfort at this time.
Love Britney! Her activity coordinators at the Villages.
One of my favorite pictures of her!

Thanks for sitting and talking to her and including her in stuff even as it became more difficult, bless you
CT

Posted Aug 29, 2020 at 05:39pm
To all that loved her and I admire her unique as a woman display she showed passionate love and desire to say beautiful all her life she never wanted her hair to not be done her nails not to be done and she always wanted her clothes to match from head to toe even if she got cold she wanted to coat she wore to match her attire I admire her for what her dignity and courage to be strong and the way she loves her daughter I just asked God to bless her daughters give them strength because your mother was a strong woman that loved her family love always Carolyn Turner
Comment Share
Share via:
BS

She was a stylish woman throughout her life and it was definitely just a part of her. You and other big-hearted helpers at The Villages, helped mom to hold on to who she was as long as possible. Your kindness, humor and insights into the disease will last forever in my heart! I'm sure mom is smiling down on you all now with a thankful heart. Thanks for your friendship Sis!